Showing posts from 2018
Show all

My ARCs have arrived!!!

December 20, 2018
What's an ARC? It's an Advanced Reader's Copy (also known as a galley, ARE, or prepub). This is a paperback preview of my book (it comes out in hardback on July 9, 2019). Add it to your Goodreads to be read. Or preorder it! Amazon   IndieBound    To get all of the updates please sign up for my newsletter !
Post a Comment
Read more

Which Victorian Heroine Are You?

December 17, 2018
Thank you to everyone who signed up for my newsletter! The winner of the giveaway is "Susanti." It's not too late to sign up for my newsletter and receive the January edition with this fun quiz: Which Victorian heroine are you? Newsletter link
Post a Comment
Read more

November 29, 2018
I'm starting a Quarterly Author Newslette r in January! Join my newsletter for a chance to win a free book up to $20! Enter by December 16th. I promise that I won't spam you! Just four newsletters a year: January, April, July, and October. I will share updates about my writing career, recommended reads, and more. To join my newsletter, fill out this  form   More fun links: Add my book on Goodreads Purchase my book on Amazon
Post a Comment
Read more

November 04, 2018
Last night, I was privileged to meet these four amazing authors: Kheryn Callender,   Mackenzi Lee,   Laura E. Weymouth, and Anna Godbersen. They talked about their new books and about the YA genre. The event was hosted by The King's English Bookshop, but we actually met in an art gallery a couple of doors down from the bookstore. We sat in small circles and got to ask questions. After, we went to the bookshop to get our copies signed by the authors. They were all so kind and gracious.     I went with a couple of my fellow 2019 debut author friends from Utah (Sofiya Pasternack and RuthAnne Snow). If you want to learn more about new Utah authors and their books check out our website. The latest books from these EPIC authors (descriptions from King's English website):   This is Kind of an Epic Love Story by Kheryn Callender Budding screenwriter Nate, sixteen, finds his conviction that happy endings do not happen in real life sorely tested when his child
Post a Comment
Read more

The Dark Descent of Elizabeth Frankenstein by Kiersten White

October 04, 2018
My fellow 2019 Utah Debut authors were out in force on Monday night to see New York Times Bestselling author Kiersten White talk about her newest book The Dark Descent of Elizabeth Frankenstein . In case you didn't know, 2018 is the 200 year anniversary of the original publication of Frankenstein by Mary Shelley. Before we headed over to The King's English to hear her speak, we went out to dinner at Mazza and were talking all about publishing stuff. Then a lady stood up and turned around--it was Kiersten White. She said hi and we talked. She was out to dinner with her parents. Kiersten's presentation was delightful and we all got a book signed. Check out my review on Goodreads.
Post a Comment
Read more

August 20, 2018
My book has a new title, it is no longer UNFINISHED, it's THE LAST WORD. You can read all about it on  Swoon Reads To celebrate my title change, I've included some of the "last words" from my favorite books: "The scar had not pained Harry for nineteen years. All was well." - Harry Potter and the Deathly Hallows by J.K. Rowling. "It is a far, far better thing that I do, than I have ever done; it is a far, far better rest that I go to than I have ever known.” - A Tale of Two Cities by Charles Dickens "Oh, my girls, however long you may live, I never can wish you a greater happiness than this." Little Women by Louisa May Alcott. "A LAST NOTE FROM YOUR NARRATOR. I am haunted by humans." - The Book Thief by Markus Zusak. “I don’t mind as long as I can come and go,” Calcifer said. “Besides, it’s raining out there in Market chipping.” - Howl’s Moving Castle by Diana Wynne Jones. “She gloried in being a sailor
Post a Comment
Read more

August 15, 2018
There's no better way to spend a Tuesday night than at a book launch! Emily R. King's fourth book in The Hundredth Queen series, THE WARRIOR QUEEN, came out yesterday. And I got my very own signed copy. Even though her GIFs didn't work, her Power Point presentation was positively charming. She shared pictures that give a visual idea of the settings in her novels and what the characters might look like in real life. She also shared her love of sharks and weapons. Emily's personality sparkled like her writing and I am so thrilled that I got to meet her! I was also hanging out with some author friends, Tiana Smith, Erin Stewart, and Sofiya Pasternack. All four of us have books coming out in 2019. I will be posting more about them as their own book launches come closer. Great night. Great book.
Post a Comment
Read more

June 25, 2018
There are so many great books out there, but here are a few sequels that I am biting my fingernails to read (NO SPOILERS): Book Three in the Frost Blood saga. If you haven't read the first two yet: Frostblood  and Fireblood, you should. Ruby is a strong and sassy fire-wielding heroine. Arcus is a master of frost. Their fantasy world is original, interesting, and with plenty of twists. Nightblood  comes out August 21, 2018 and I have already pre-ordered it! Book Three in the A Kingdom on Fire  series. Historical fantasy at it's best. It's PRIDE AND PREJUDICE meets a very dark HARRY POTTER. Coming out on October 16, 2018. BOOK TWO in the Traitor's Trilogy . Sage Fowler doesn't want to be matched by a matchmaker in book one, so instead she becomes the matchmaker's apprentice and gets caught in an conspiracy to overthrow her kingdom. Set in an alternative historical world there's plenty of fighting, plenty of romance, and plenty of surpr
Post a Comment
Read more

April 23, 2018
Sometimes you want to read something new and other times you want to get in the bubble bath with an old favorite.  Here are a few of my old favorites that I've read several times: Why I love it?   Harry is a kick butt heroine that can ride a horse.  The world-building is amazing.  The kelar (magic) is original and compelling.  And the romance is subtle.  Why I love it? This book was originally published as two books, but combined in this edition.  Mel is hotheaded and impulsive.  She's strong-willed and often makes mistakes, but is essentially goodhearted.  Even though she is small and not a good fighter, she manages to play a key role in a revolution and a rebellion.   Why I love it? Even though the main character is naive and makes some mistakes, she is strong and feisty.  And she also happens to be a seer.  How cool is that?  The hero in this is one of my favorites penned in fiction.   Why I love it? Coriel is not your typical heroine.  She i
Post a Comment
Read more

March 12, 2018
Swoon Reads Blog is all About ME today.  Check it out! Click   More about ME: I love to travel!  This is from my most recent vacation.  My husband and I went to Rome for our tenth wedding anniversary.  We are on the Spanish Steps.  Close to where John Keats died.   I love to read, like a LOT!  In the last five days, I've read three Young Adult books that I adored:  The Queen's Rising by Rebecca Ross, Ink, Iron, and Glass by Gwendolyn Clare, and Berserker by Emmy Laybourne.   I love Mexican food.  Cafe Rio is my favorite place to get it.  Their salads are amazing!!! I got my Master's Degree in English and American Literature from the University of Reading in Reading, England.
Post a Comment
Read more

February 18, 2018
I am so delighted to announce that Swoon Reads has picked up my manuscript, Unfinished: A Victorian Romance.  I just received my first edit letter and I eager to make it the best it can be.  The publication date has been set for July 9, 2019.  This has been such a dream come true for me.  I've wanted to be an author since I read Anne of Green Gables  when I was ten-years-old.  The path to publishing has sure been a long one, but I have learned so much on the way.  Mostly, that I love writing and that you can't give up on your dreams.  So, when Swoon Reads emailed me the week of Thanksgiving in 2017, I started screaming.  My husband thought I'd hurt myself.  I could barely calm down enough to tell him.  I scheduled a phone call with Swoon Reads editors and they offered for my manuscript.  They swore me to secrecy until they announced it on their website (Feb 12, 2018).  It's been one of the hardest secrets I've ever had to keep.  But now I announce it to the wo
Post a Comment
Read more

February 09, 2018
I can't believe it's been 10 whole years since I married my wonderful husband Jon.  They have been full of ups and downs and a whole lot of middles.  But, I am so grateful that on that cold February day, I had my own happily ever after.  Reality is truly better than fiction.    To celebrate this landmark in our marriage, I thought I'd share a post from an old blog that I kept 10 years ago.  This is what I wrote after he proposed in 2007 : The scene is Pride and Prejudice that you waited the whole book and movie for...the proposal. In the 2005 adaptation, Elizabeth says, "Your hands are cold." And I must admit on my first and only proposal of marriage I have received (Elizabeth Bennet received 3!) Jon's hands were cold and so were mine! Jon told me to dress warmly, and I kind of did. But when you think you are about to be proposed to you can't help but try to go for fabulous over flannel. Anyway, Jon took me to several places that were significant i
Post a Comment
Read more 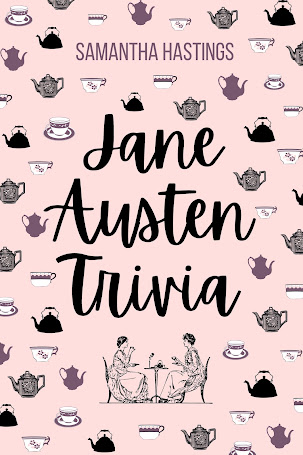