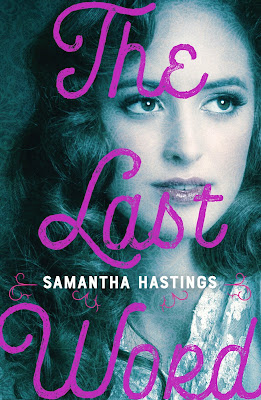 THE LAST WORD is out now!


Where one story ends, another begins.

1861. Miss Lucinda Leavitt is shocked when she learns the author of her favorite serialized novel has died before completing the story. Determined to learn how it ends, Lucinda reluctantly enlists the help of her father’s young business partner to track down the reclusive author’s final papers.

Mr. David Randall is overwhelmed by his workload. He's eager to prove to the world—and to himself—that he's capable of following in his late father's footsteps. He doesn’t have the time for this endeavor, but Lucinda is not the type to take no for an answer.

Their search for the elusive Mrs. Smith and the rightful ending to her novel leads Lucinda and David around the English countryside, but the truths they discover about themselves—and each other—are anything but fictional.

"Witty, spirited, and utterly swoon-worthy. ... Filled with fierce feminism, impeccable period detail, and a charming romance that's sure to stay with readers long after the last word." ―Addie Thorley, author of An Affair of Poisons

"Hastings’ debut is a charming period piece with all the romance and scornful nods to high society any Austen fan will love. Lucinda moves beyond the cliché of being a young woman who chafes at the restrictions of a sexist world, as she’s elevated by her true passions―numbers and accounting. The Last Word is the perfect read for anyone who wants to spend a few hours in Victorian England in the company of a girl who understands that the entire country is being led by a Queen." ―Booklist

“Refreshing ... Lucinda, a young Victorian woman with a modern sensibility well ahead of her time, has plenty of pluck and determination. Hastings' breezy prose and crafty plotting will leave readers racing to uncover her own last installment.” ―BookPage


THE INVENTION OF SOPHIE CARTER is coming out July 14, 2020 from Swoon Reads / Macmillan 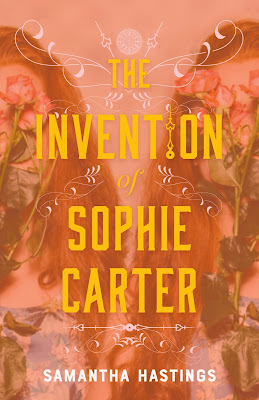 1851. Bounced from one begrudging relative to another their whole lives, orphaned identical twins Sophie and Mariah Carter have always relied on each other for love and support, even though the sisters couldn't be more different.

Brash Sophie wants to be an inventor, and demure Mariah wants to be an artist. Both long to visit London for the summer—Sophie to see the Queen’s Great Exhibition and Mariah to study the world’s finest collection of paintings. But when their cantankerous aunt answers their letter pleading for a place to stay, she insists she only has time and room to spare for one of them.

So, Mariah and Sophie hatch a clever scheme: They will travel to London together and take turns playing the part of "Sophie".

At first the plan runs like clockwork. But as the girls avoid getting caught by increasingly narrow margins and two handsome gentlemen—both of whom think they’re falling in love with the real Sophie Carter—enter the equation, the sisters find they don’t have the situation quite as under control as they thought.

With all sorts of delightful Parent Trap-style identical twin hijinks, The Invention of Sophie Carter is the perfect light-and-sweet palate cleanser.

A ROYAL CHRISTMAS QUANDARY is coming out October 6, 2020 from Swoon Reads / Macmillan

What a lovely group of people! I am so grateful for the friends, family, and even a few fans (I didn't know I had those) who came to support me at The King's English Bookshop in SLC. They were gracious enough to wear the fascinators and pearl earrings that I made. Fancy Nancy would have approved.   I was in conversation with Mackenzi Lee and we had a great time talking about Victorian underwear and my book, The Last Word. The best part of my writer's journey has been the friends that I've made.  The Novel 19s group  (Authors debuting this year: Addie Thorley, me, Erin Stewart, Tiana Smith, Crystal Pasternack, RuthAnne Snow, and Crystal Smith) There's so many amazing authors in Utah and they are the kindest people you'll ever meet. And sometimes silly, Summer and I are lifting a leg. I'm not sure why.
(More amazing local authors: Emily R. King, Tricia Levenseller, me, Kathryn Purdie, and Summer Spence)
It was a wonderful night and I am so very grateful.
Post a Comment
Read more

"So what do you do at a book launch?" my mom asked me.

In case you've never been to a book launch either, I'll tell you. A book launch is really a party for the book. Who doesn't love a party, right? All parties are a little different, but some things you can expect at a book launch:  The author to talk about and/or read from their bookQ & A with the audienceBook signings at the end And more...Stick out your pinkies, friends, we're going full out Tea Party style at my book launch for, The Last Word.  First things, first. What's a tea party without a fascinator? I made a ton of these cute little hair accessories so you can feel just like Kate Middleton (Prince William not included).
Come early and pick your favorite to put in your hair! I also made pearl earrings for all of you too. I only wish that I could feed you delicious tea party treats, but the bookstore didn't think that was a very good idea by all of their new books. Go figure! I am going to…
Post a Comment
Read more

THE LAST WORD comes out in less than two months, but if you'd like to snag an early copy for free, enter the 25 book #giveaway on Goodreads 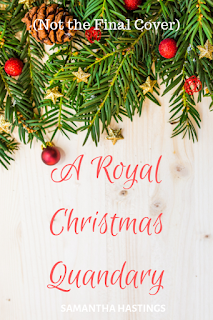